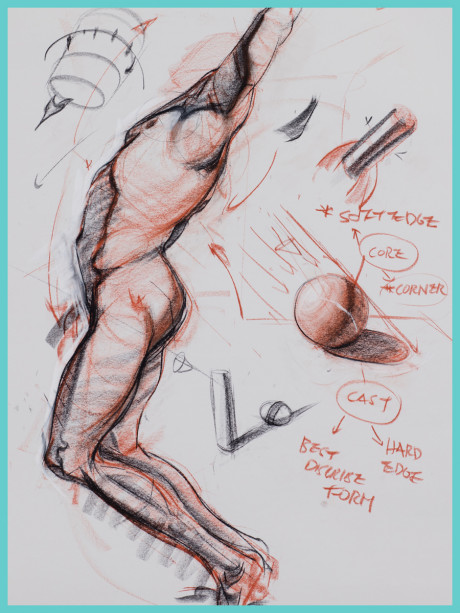 Dive into the challenging world of figure drawing with master figure artist Charles Hu in this 10-week online class.

This class will emphasize the development of perceptual skills through drawing the human figure from direct observation. Drawing the figure is one of the fastest and most rewarding ways to acquire the foundational skills needed for all aspects of artistic communication.

Charles Hu is a figure painter and notable art instructor, and has been an anatomy and figure drawing instructor in Los Angeles for over a decade. In this class, you will learn how to see and interpret visual information as it relates to the human form.

You will benefit from Charles’ generous teaching style as he provides informative lectures and beautiful demonstrations.

You will receive online access to the recording of the lecture portion and the reference images for 12 months. This is helpful to reinforce the principles of each week, and to catch any concepts you may have missed the first time around.

Charles Hu is a figure painter and notable art instructor, and has been an anatomy and figure drawing instructor in Los Angeles for over a decade.

In 2007, he co-founded his own fine art school, 3Kicks Fine Art Studio in Pasadena, California, and has influenced and instructed countless students and artists.

Charles received his Bachelor of Arts degree from Art Center College of Design in Pasadena. He began his instructional career at L.A. Academy of Figurative Arts.

His commissions include numerous portrait paintings, character designs for film and game pitches, murals and comic books for the movie End of the Spear. His work has been exhibited at Wendt Gallery in Laguna Beach California.